If you look closely, you can analyze an oysters growth similar to how you’d count rings on a tree.  As an oyster shell grows the shell fans out, but due to it’s brittle nature often gets chipped back if it comes into contact with another object.  This process of growing and chipping creates little ledges on the oyster, and is actually a desired outcome if you’re looking to create a ‘cupped’ shape oyster.

What are cups?  Cups refer to a deeply cupped oyster shell shape, and are desired because the deeper the cup, the more liquor in the oyster.  The cupped shaped is obtained by the process described above.  The more an individual oyster gets tumbled the more their shell gets chipped back, which causes the oyster to grow it’s shell deep instead of wide.

This growth pattern can already be observed in the early months of an oyster.  The two pictures below are oysters recently taken from different locations on the farm.  The oyster on the left is taken from a more offshore, deeper part of the line, whereas the oyster on the right is taken from a more inland, shallow part of the line.  As you can see, there is already a pretty drastic difference in how these two oysters are growing, and this is because the deeper part of the line is exposed to more wave energy, causing more tumbling.  In short, the oysters in deep water are responding to their environment differently than their shallower counterpart.  Pretty cool! 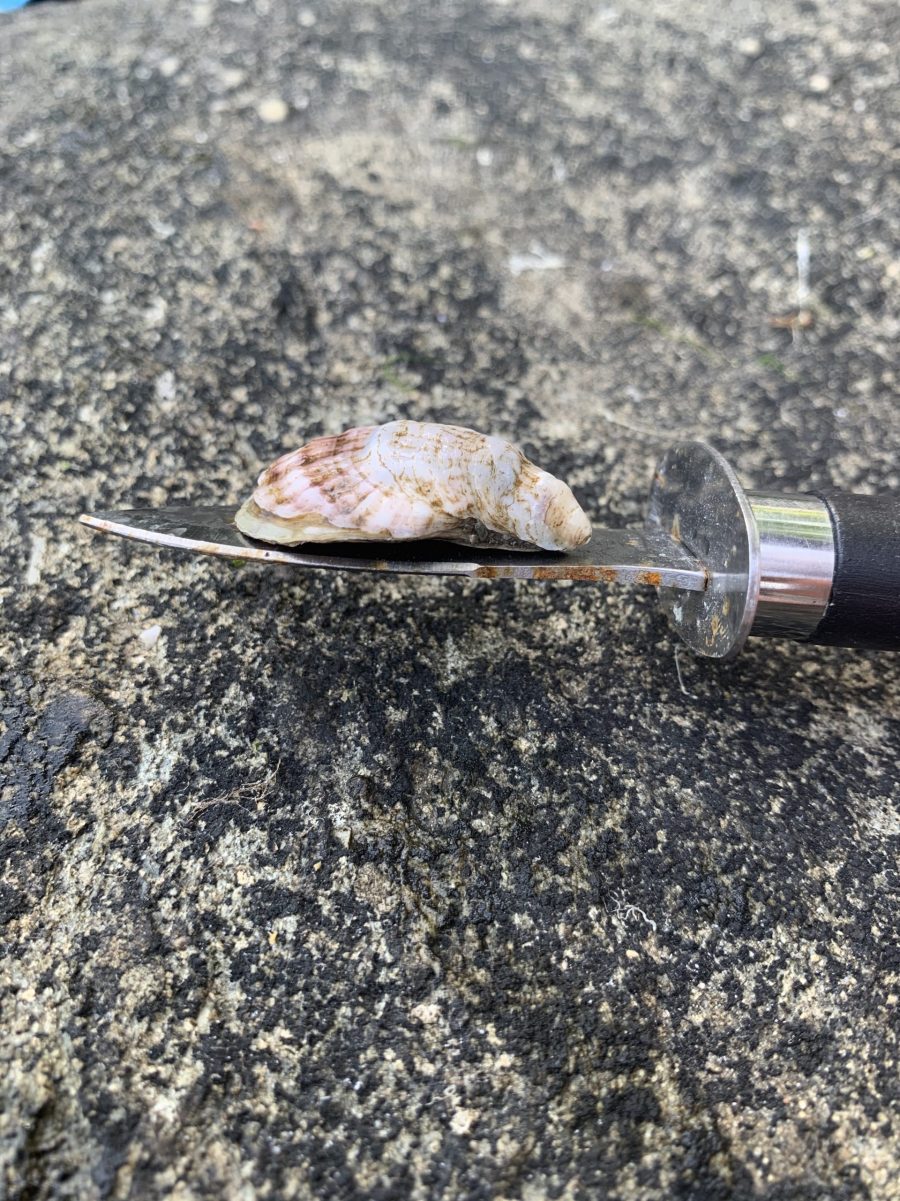 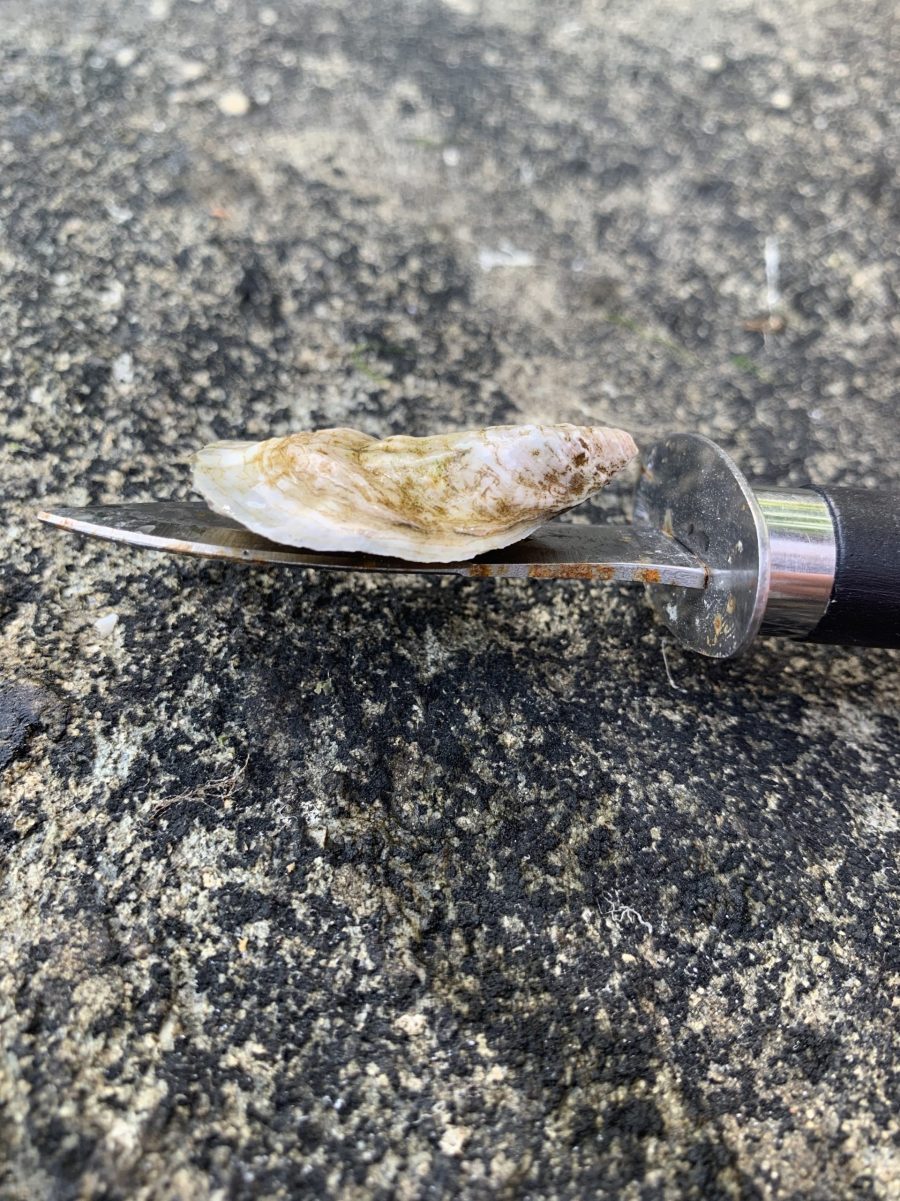 About the Author: Kaitlin Torre